The i*DENTITY Project Pt 1: Shot Across the Bow 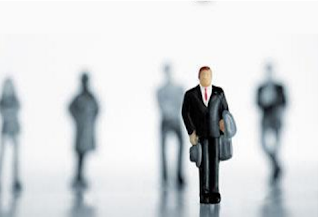 Introduction
I'm starting a new series exploring Western philosophical and socio-cultural issues centered around self-identity. I will be drawing together personal observations from contemporary culture and philosophy. I will be asking questions such as, "Why is individualism and uniqueness of such high value in our culture?" "What is with the obsession with being different?" "What are the historical and philosophical roots that contributed to the radical contemporary vacuum of corporate meaning and identity?" What is the relationship between individualism and identity? Why are our young people today so obsessed with being different and unique? What does this have to do with the presence of a pervasive loneliness in the hearts of Western individuals?

This is a monumental project for someone so young, inexperienced, ill-equipped, and relatively ignorant as myself, but it is a subject I find myself thinking endlessly about nowadays. I hope to receive encouragement as well as correction when merited. I hope readers who share in my experience can affirm its validity with similar stories and anecdotes of their own. I ultimately hope to put together an informative series that ultimately serves as both an encouragement and a warning to young and old Christians alike. An encouragement because I truly believe that all that we lack we have in our Lord Jesus, who has saved us into a radical new identity as members of God's household (Eph 3.18-22). And a warning for those who find themselves constantly being led astray by the cultural ethos of our day and finding more joy, identity, meaning, and significance in earthly categories.

I recognize that I still owe one last installment on "The Stanley Files". It is under way and will be titled "On Helplessness". I'm making it a regular habit to bite off more than I can chew.

"The world is meaningless, there is no God or gods, there are no morals, the universe is not moving inexorably towards any higher purpose. All meaning is man-made, so make your own, and make it well. Do not treat life as a way to pass the time until you die.
Do not try to \"find yourself\", you must make yourself. Choose what you want to find meaningful and live, create, love, hate, cry, destroy, fight and die for it. Do not let your life and your values and you actions slip easily into any mold, other that that which you create for yourself, and say with conviction, \"This is who I make myself\".
Do not give in to hope. Remember that nothing you do has any significance beyond that with which imbue it. Whatever you do, do it for its own sake. When the universe looks on with indifference, laugh, and shout back, \"Fuck You!\". Rembember that to fight meaninglessness is futile, but fight anyway, in spite of and because of its futility.
The world may be empty of meaning, but it is a blank canvas on which to paint meanings of your own. Live deliberately. You are free."

In the internet circles I frequent, I often stumbleupon web pages with philosophical inspirations such as the one above. I share this one in particular because it is exceptionally succinct and straightforward. It captures much of the post-modern ethos and it is an apt description of the worldview of most of my generation, Christians and non-Christians alike. The people that I am particularly compassionate for are Christians (usually younger, idealistic ones) who confess their faith in God but whose hearts and lives are much more aligned with this belief.

Essentially, the author of this anonymous post makes three claims and offers one imperative. The three claims are, "The world is absent of meaning", "Humanity is absent of normative behavior" (there is no universal morality), and "There is no hope for transcendent validation" (meaning, all we have is all we got). The imperative goes as such, "Therefore... go and MAKE YOUR OWN meaning!"

There is a fourth implicit claim involved in this post. This claim is the fulcrum upon which stands the author's entire philosophy of life. The claim is this: "It is possible, without the aid of transcendent validation, for humanity to create her own meaning"

In my next post, I hope to reject this premise and thus bring down this moral framework which, I believe, as it were, is already made out of ideas and thoughts more fragile than a house of cards anyway. So don't think my ambitions too lofty.